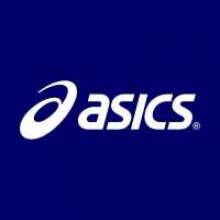 Pvt. Ltd. was established in April 2012 and has primarily offered marketing support and promotional activities for local sales agents. From January 2015, the company has announced launch of sales operations as a part of expanding operations in emerging markets. ASICS has been an official sponsor of India’s biggest running event, the Mumbai Marathon, since 2008, and has increased its appeal as a true sport performance brand among runners in particular. The company plans to further strengthen its running lineup and actively develop goods for locally-popular sports like cricket as well as indoor sports like badminton, Tennis and so on. ASICS, an acronym derived from the Latin phrase, Anima Sana In Corpore Sano - a sound mind in a sound body. Staying true to the philosophy by which it was founded, every ASICS innovation, every concept, every idea is intended to create the best product.

ASICS Near Me - ASICS Store Locator